Housing is reasonably affordable and under-supplied relative to the formation of new households. 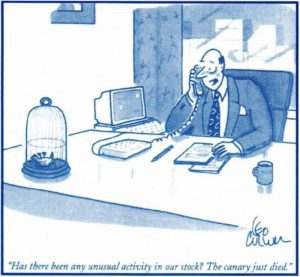 The U.S. economy is bifurcated. Jobs, personal income, auto sales and savings are in the plus column on the consumer side. Housing is reasonably affordable and undersupplied relative to the formation of new households.   On the industrial side, manufacturing growth has slowed to a snail’s crawl due to a stronger dollar and a slowdown in emerging economies. Domestic inventories are elevated and need to be worked down.

The good news is that non-manufacturing is holding up, housing continues to recover and jobless claims are at multi-year lows. Economic growth in 2016 is expected to be in the 2% to 3% range. Hardly vibrant!  The U.S. increasingly looks like every other developed economy with weak industrial production, weak manufacturing, weak trade, solid housing, decent domestic consumption and decent growth in the domestic service industries.

Wage growth needs to accelerate enough to spur active consumption and re-vitalize business sales. Rising wages that exceed productivity growth force firms to accept lower profits or raise prices. Deflation makes it is difficult to increase prices; and profits are suffering. The growth of profits will be constrained further by tighter access to credit, which undermines business confidence.
The growth in federal income tax receipts has slowed to zero, which confirms profit woes. Profitless economic growth is unsustainable if companies are facing lower profits and squeezes in profit margins.  Rising wage costs and shrinking sales are pressuring profit margins at a time when corporate balance sheets have been damaged by several years of heavy debt issuance. Companies are likely to slow their hiring, reduce capital expenditures (capex) and cease buying back their stocks.  Two-thirds of industries fail to keep their prices on pace with core inflation because they are cutting prices or are unable to raise prices by more than 2%. Revenue growth is evaporating.

Though stock markets have declined, sufficient evidence is lacking to forecast a looming economic recession. Recent data confirm that deterioration in economic progress is occurring; but fails to indicate that a recession is nigh.  The dollar could weaken and stabilize the economy, which would provide needed relief throughout the world through looser monetary conditions.  Higher energy prices would help stabilize the affected industries and create relief of their pain.

Consumers are saving more and spending less while businesses are hesitant at expanding and hiring.  Animal spirits are dampened. 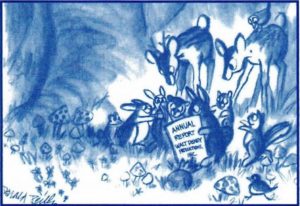 Protecting capital has been paramount because deflation, economic disappointments and misguided government policies have been key challenges for companies, their bonds and their stocks.   Consistent with the above, portfolio strategy continues to be defensively driven. Bond positions continue to be adjusted; and equities that under­perform the market indexes have been sold.   With the exception of the Fed, the major global central banks are printing money and shoving interest rates to negative levels. These actions create liquidity that tends to buoy bond and stock prices.

Concurrently, the sales and profits of corporations are receding and making their bonds and stocks unattractive. Time is needed to resolve the stress between increased liquidity and failing economic indicators.   Long-term interest rates could go higher and bond prices lower if foreign holders of U.S. treasury bonds decide to sell. Bonds in client portfolios are liquid, of high quality and shortened maturities.   The S&P earnings are far worse than advertised. Many corporate managements promoted and reported pro-forma earnings rather than the usual GAAP (Generally Accepted Accounting Principles) numbers. Earnings reported in 2015 were basically flat while GAAP earnings declined by 12.7%.

A sustained market rally requires a turnaround in the earnings decline. The Leading Economic Indicators (LEI) in Canada, the U.S. and the U.K. point to cooling growth, which suggests an ongoing moderate expansion for the globe. The world’s economy is in a soft patch rather than a sustained economic slump.
The current companies in client portfolios have pricing power, pristine balance sheets, high returns on capital and rising dividends.
Mutual Funds and Exchange Traded Funds (ETF) currently held in client accounts or expected to be purchased have bonds and stocks that are similar to the high standards of the portfolios of individual bonds and stocks.

Declining markets tend to experience a rotation of economic sectors and industries. Potential stocks of companies to buy will have strong balance sheets and be able to increase their selling prices.   The bright side of current depressed markets is to have the buying power to buy assets at attractive prices when the timing is appropriate. The challenges are to invest in the appropriate bond maturities and equities in select economic sectors and industries.